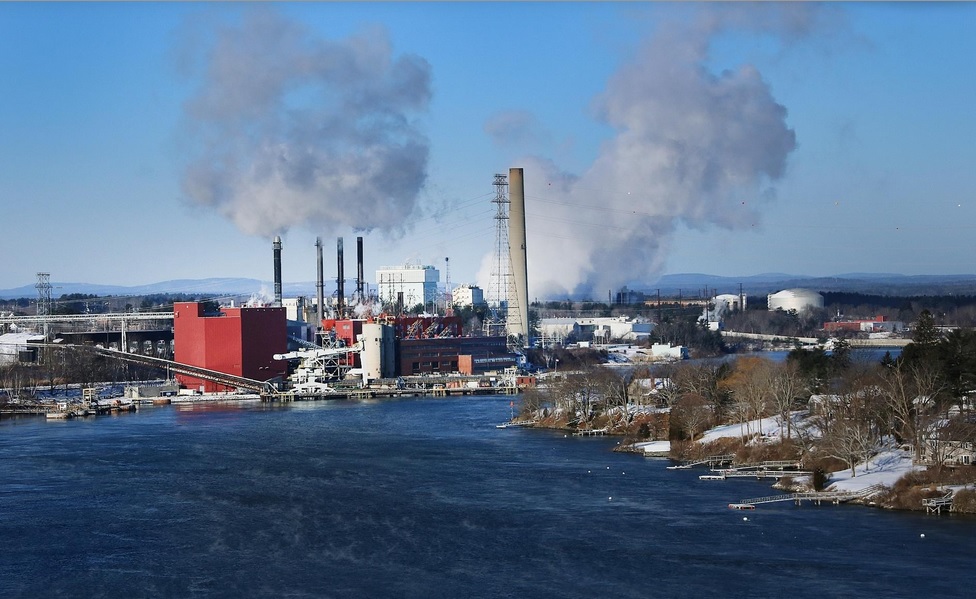 Schiller Station in Portsmouth in 2017. Photo by Rich Beauchesne/Seacoast Online

The IBEW union in Maine says that Schiller Station in Portsmouth, with two 50 MW coal-fired and one 50 MW wood-fired power plants, has effectively shut down permanently, although the owners haven’t announced anything.

They said this last July – I’m embarrassed that I didn’t notice it! Better late than never, I guess.

“(Granite State Power) informed us this spring that they would begin an extended outage at Schiller in June with no end date and they have no intention of running it in the future,” IBEW 1837 Assistant Business Manager Tony Sapienza said. “They’ve laid off the entire workforce.”

Here’s their story, which includes some cool history of the plant including a brochure featuring the always delightful Reddy Kilowatt.

The shutdown isn’t a surprise although it happened sooner than expected. Schiller did not win anything in last year’s capacity auction (story here) meaning that as of next year it won’t get any payments to guarantee that it stays open if needed in emergencies. Such payments are helping to keep open Merrimack Station in Bow, a much larger coal-fired plant also owned by Granite State Power.

In 2006 one of Schiller’s boilers was converted to burning wood chips, getting a lot of “saving the planet” attention as well as the gratitude of the state’s loggers who need markets for low-grade wood.

Such a conversion couldn’t happen at Merrimack Station, as I noted in 2017, because it is a pulverized coal plant, where coal is crushed into a powder and sprayed into the furnace, making it difficult to switch to burning wood. Schiller uses “stoker grate technology” in which coal is burned as chunks (so to speak), which made it relatively easy to switch to burning chips and other wood debris.