‘Flash drought’ – is that really a thing? Increasingly, alas, yes 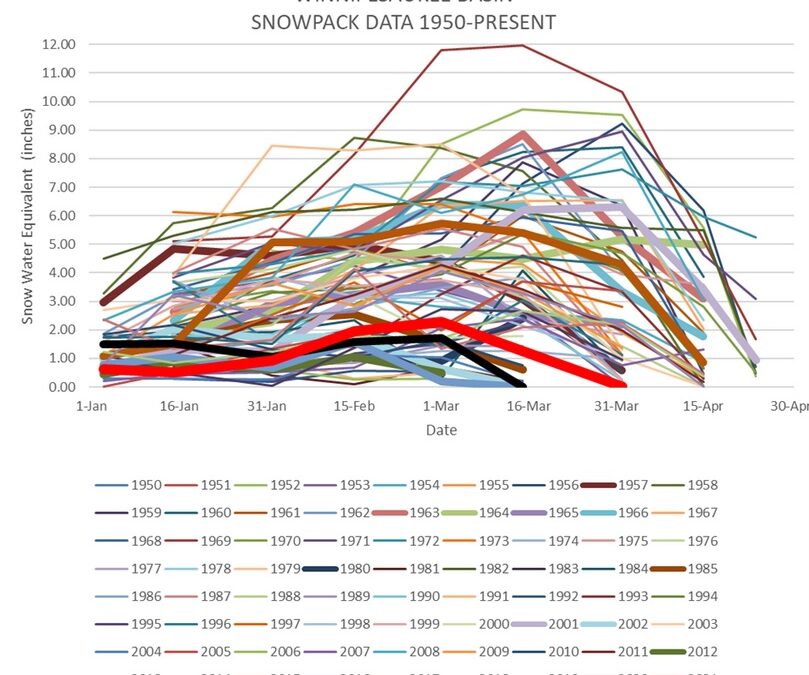 I hate to be the bearer of bad climate news, but there’s a new weather phenomenon to be worried about: Flash drought.

That sounds like an oxymoron since “drought” usually reflects accumulated dryness rather than a quick-hit event. But as we saw last summer and fall, it doesn’t take long to go from not bad to very bad even in usually damp New England.

“It hits fast, it hits hard – if you’re unable to have irrigation, you’re in big trouble in these flash droughts,” said Ronald Horwood, a hydrometeorological analyst (isn’t that a great title!) at the Northeast River Forecast Center in Norton, Mass., part of the National Weather Service. “In New England we don’t get them a lot, because we’re normally so humid. I think last year’s drought caught a lot of us by surprise at how quickly small sectors were degrading. … The agriculture and the fire sector got out of control real fast.”

After a very dry and perhaps historically sunny March – at Boston Logan airport, clouds were observed just 13% of the time through March 23, less than half the amount usually seen in August, the sunniest month – we may well be heading back into a drought. The early arrival of brush fires in New Hampshire isn’t a good sign.

If you’re on a well, like me, you should be getting ready to conserve water. I’m debating whether to delay spring replanting of a field that I didn’t replant in last fall’s drought, because I’m not certain I’ll be able to irrigate it enough this summer.

I talked to Horwood because he gave a presentation about flash droughts recently to the New England Water Works Association, a group that is very interested in how water falls from the sky.

The concept of flash drought is still fairly new, he said. “If you had talked to me five years ago, I wouldn’t have been aware of the term.” Generally it means a local worsening by two categories of the drought intensity scale – from, say, D0 or “abnormally dry” past D1 “moderate drought” to D2 “severe drought” – within four weeks, caused by a combination of high temperatures, low humidity and lack of rain.

“I sit on a variety of drought groups with the government and NOAA, and a lot of them were surprised at the rapid intensification, especially with agriculture. … (All of) New Hampshire was declared a drought disaster area. That’s not common,” he said.

A warmer atmosphere holds more moisture and that leads to more extreme weather events of all types, including both dry spells and very heavy downpours. The latter, ironically, can contribute to flash droughts because too much rain water runs straight into rivers.

“You don’t really get out of it with one very heavy rainfall event, if it comes at once. Even on a dry soil, rainwater can only soak into the soil so fast, regardless of how dry it is. … The ideal storm from a drought perspective would be a two- to three-day rain with light to moderate intensity, so you minimize the runoff and aid recharge of soil water and groundwater. If we see a regime where we’re going to more intense, short-duration precipitation events, that’s a negative for drought,” Horwood said.

Among other things, this means that just looking at total precipitation over time is a less accurate measure of conditions than it used to be. Concord may have received, for example, 3 inches of rain in a month, but if it came in two short and heavy downpours we could be much drier than a month in which we got 2 inches of rain spread out over a half-dozen showers.

This reflects an aspect of drought that can be confusing to us layfolk. Very roughly, there are two different kinds of drought – above ground and below ground.

You and I notice the above-ground drought. Grass gets brown and crunchy, streams dry up, dirt roads generate dust storms. Flash droughts come very quickly, to the particular dismay of farmers watching fields wither. You can often see it reflected in the price of New England hay.

The underground drought is a slower beast, reflecting weeks, months or years of moisture percolating down to aquifers. Last year we saw it when some shallow, dug water wells – less than about 20 feet deep – dried up in New Hampshire. If we start seeing failure in drilled wells – hundreds to thousands of feet deep, drawing water from bedrock rather than sand and soil – then things are really bad.

The two biggest drivers of seasonal weather in North America are La Nina and El Nino, caused by changing temperatures in the Pacific Ocean near South America, but neither has a consistent effect on New England precipitation. More important, Horwood said, is a seasonal pattern known as the Bermuda High, a high-pressure zone in the Atlantic Ocean. Relatively small changes in its location make a difference in how much moisture from the Gulf of Mexico is brought up to New England during the year.

So far, NOAA’s predictions for the spring and summer point to average precipitation and temperatures. But that doesn’t mean we can relax.

“I think we need to be wary, especially in northern and eastern New England,” Horwood said, “because we’re not heading into the spring in really great shape.”