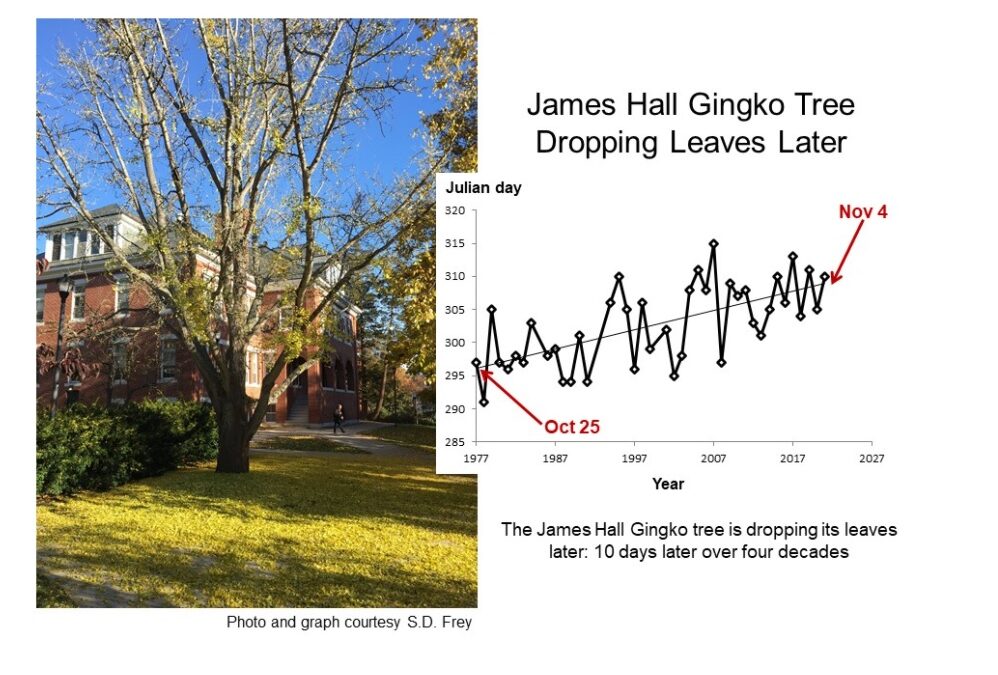 The Durham campus of UNH loves the ginkgo tree outside James Hall because it drops its leaves all at once in dramatic fashion. The school’s department of natural resources has been keeping track of when this happens since the 1970’s, and guess-the-day contests are popular.

Serita Frey, a professor of soil microbial ecology, has long studied the pattern with her students (Here’s a 2014 story about it) to see if it’s a sign of ecological changes due to climate change. This year saw the longest growing season – date between last winter frost and first fall frost – on record for many stations in New England, including Concord, so it wouldn’t be surprising to see the ginkgo tree preparing for winter later and later.

As the above chart from Frey shows, leaf-fall-day does seem to be getting later . Sample size is just one, of course, so it would be reasonable to describe this as an anecdote. But it’s a well-measured anecdote!